TOM’S TOP 10: Train drinks “Mai Tais”, rockers bowl for Ronnie, and Ozzy is back with “Under The Graveyard” 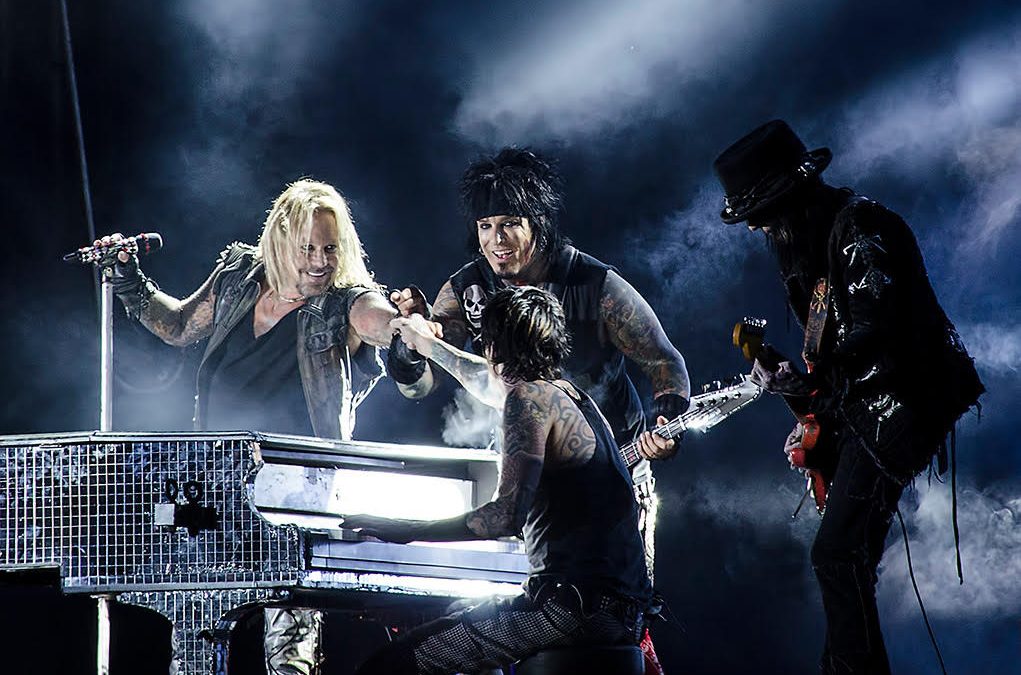 10. I’m sad to hear John Mann has died at the young age of 57. The Spirit of the West singer/guitarist dealt with early-onset Alzheimer’s in the final years of life, and before that he beat cancer. The man was a force on the Canadian music scene, and I was fortunate to have seen him perform many times since the late-1980s. RIP, John, and take a bow for one hell of a career in music. Below is video I recorded of the final Spirit of the West concert, at The Commodore Ballroom in 2016.

9. So the members of Motley Crue have torched the band’s infamous “cessation of touring” agreement signed in 2014 and will reunite for a stadium tour that could feature both Def Leppard and Poison. Huh. I mean, “The Dirt” biopic on Netflix was entertaining enough, but do we really need to hear Vince Neil croak his way through “Kickstart My Heart” in concert again? I’ll pass.

8. Oh man, does Train’s new single ever make me want to sit on a beach and drink liquor, which sounds great right about now. It’s called “Mai Tais” and the song is a bouncy, summer-y bit of Hawaiian goodness, with Skylar Grey sharing vocals. The track was played on a recent episode of “Magnum P.I.” that also featured Train’s Pat Monahan in a guest appearance. It’s all sunny weather ahead for the band on its sold-out Sail Across the Sun Cruise, which sets sail in mid-February for a trip that includes stops in Miami, Nassau and Great Stirrup Cay, Bahamas. Speaking of booze, Monahan has also launched his Drops of Jupiter wine portfolio. Proceeds from his wine business support Family House, a San Francisco charity that supports families of children with cancer and other life-threatening illnesses.

7. Speaking of Caribbean cruises, another Monsters of Rock sailing in February will feature the hair-metal sounds of Extreme, Winger, Krokus, Tesla, Faster Pussycat and more, with stops in Ft. Lauderdale, Cozumel and Belize (details at monstersofrockcruise.com). Among the bands aboard is Mac Sabbath, a fast food-themed Black Sabbath parody that involves greasy characters out of a bad-ass Happy Meal, circa 1977. The band’s multimedia stage show features a smoking grill, laser-eyed clowns and “bouncing burgers” – yummy enough to be deemed L.A.’s “Best Tribute Band” by LA Weekly news mag. Check out the deranged “Pair-a-Buns” video, from 2017.

6. Remember Kesha? The “Tik Tok” singer has returned with the hyperactive single “My Own Dance.” The Allie Avital-directed video features a jaunt through the world’s craziest apartment complex in search of a box of “magic cereal,” with rooms of partying men in masks, solo cups, bodybuilders, lingerie-clad dancers wearing animal heads and gas masks, young girls giving “The Shining” vibes, and a kiddie pool full of milk and cereal.

5. Hey look, Celine Dion is back with “Courage,” a new album of ballads and up-tempo tracks – 16 in total for the Quebec queen of Canadian pop music. The sombre, Se Oh-directed video for the album’s title track is getting rave reviews. “When death takes the person who filled your life with endless joy, only a song like this brings a bit of healing,” says one Youtuber. Gotta admit, it’s not a bad song – and I’ve never been a Dion fan. Like, really not a fan AT ALL. Currently she’s doing the talk-show rounds, and in April was named L’Oréal Paris’ newest global spokesperson, if that matters to ya.

4. A book edition of Tool’s 2019 album “Fear Inoculum” is set for release on Dec. 13. Yes, a book – with “3D lenticular cards with exclusive graphics, an expanded 56-page booklet with additional never-before-seen art, a download of the groundbreaking immersive visual experience” and, of course, a CD. Tool’s fifth album arrived on Aug. 30 and was met by lengthy lines at retailers. In January, Maynard James Keenan and his mates plan a number of concert dates from San Diego to New Orleans.

3. On Nov. 7, close to 300 rock musicians and fans turned up for the fifth annual “Bowl for Ronnie” party at the PINZ Bowling Center in Studio City, California, and raised close to $50,000 for the Ronnie James Dio Stand Up and Shout Cancer Fund. The sold-out event was hosted Eddie Trunk, who is heard on the most excellent Volume channel on SiriusXM (check it out!). Event attendees included Dave Grohl, Rudy Sarzo, Steven Adler, comedian Whitney Cummings, Black Sabbath bass man Geezer Butler and many others. Sounds like a great rock ’n’ roll party, with bowling thrown in for fun. Posted below is a clip from the 2018 event.

2. Ozzy Osbourne’s first new song in nearly a decade is a ballad-rocker called “Under The Graveyard,” to be included in the Black Sabbath singer’s forthcoming album, Ordinary Man, due out on Epic Records in early 2020. The songs were recorded in Los Angeles with producer Andrew Watt on guitars, Duff McKagan (GNR) on bass and Chad Smith (Red Hot Chili Peppers) on drums. Sayeth the Ozzman: “Duff and Chad came in and we would go in and jam during the day and I would go work out the songs in the evenings. I previously had said to Sharon I should be doing an album, but in the back of my mind I was going ‘I haven’t got the fucking strength…’ but Andrew pulled it out of me. I really hope people listen to it and enjoy it, because I put my heart and soul into this album.”

1. If you’re in Los Angeles, you might want to check out the all-new Rock-a-Holic Karaoke, or RAHK, a Wednesday-night live-band hard rock and metal karaoke event presented by War Machine Marketing. It’s held at the infamous Viper Room on Sunset Boulevard, and features some A-list musicians in the band. RAHK offers a unique opportunity for guests to be on the same stage that has hosted countless celebrated artists at a world-famous Hollywood nightclub, to sing or play one of their favorite hard rock or metal songs. Says War Machine Marketing owner Ro Kohli: “We feel that people should make the RAHK Wednesday nights part of their Sunset Strip excursion in West Hollywood, alongside paying respects to Lemmy at the Rainbow and seeing a show at the Roxy or Whisky a Go Go.” Sounds fun!