TOM’S TOP 10: December delights with a Mariah Manson mashup, a Nirvana milestone and one rockin’ “Vancouver After Dark” book 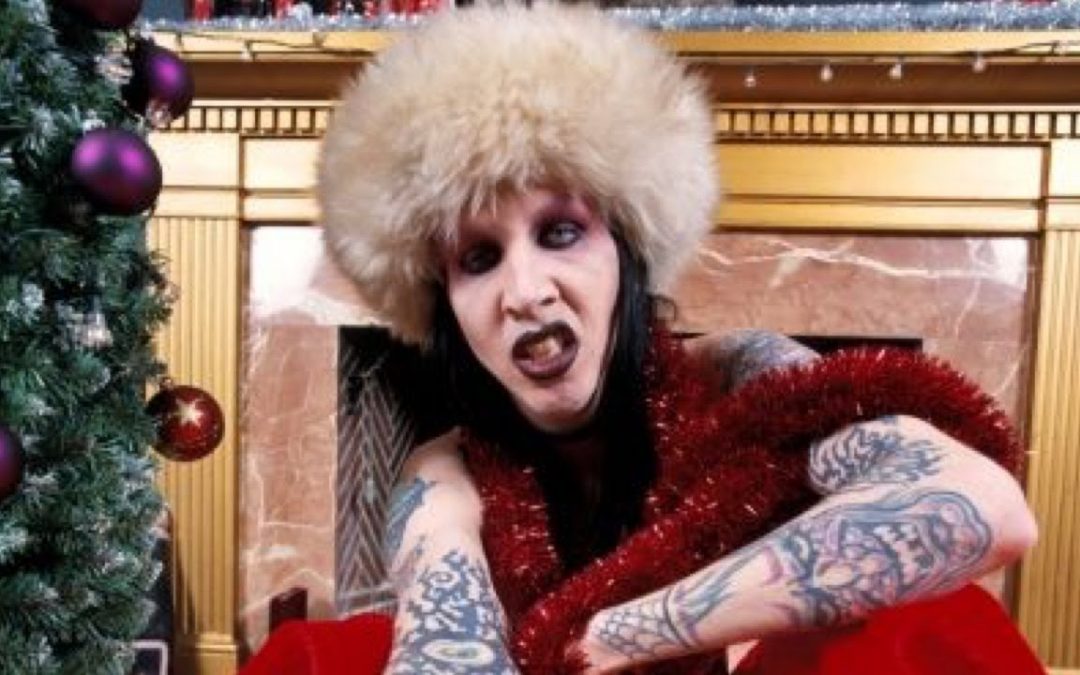 1. I love a good music mashup, and YouTuber Bill McClintock is particularly good at creating them. His mashups have been viewed nearly 20 million times on his YouTube channel since he joined in 2012. This month, the one that caught my ear (along with those of 2.3 million others, apparently) is the “Mariah Manson” mashup of “All I Want for Christmas is the Beautiful People” – yup, a blend of the holiday pop of Mariah Carey with the shock rock of Marilyn Mason. It’s slightly jarring, in a train-wreck kind of way, but shows McClintock’s abilities to marry two songs that are dissimilar – on the surface, at least. Go ahead and play this one for your family as they gather ‘round the tree. Merry Christmas!

2. I didn’t know that a Metal Hall of Fame exists, nor that the 2020 Annual Metal Hall of Fame Celebrity Charity Gala will be filmed to air on Amazon Prime. But yes, metal fans, it’s true. It’ll be a headbangers ball Jan. 15 at the Marriott Delta Garden Grove in Anaheim, California. The world premiere of the film will air early in the new year. The 2020 inductees include Steve Vai, Geoff Tate (Queensryche), Don Dokken (Dokken), Stephen Pearcy (Ratt), Graham Bonnet (Rainbow, Michael Schenker Group, Alcatrazz), Joe Satriani, metal promoter Stone City Attractions, Metal Church, Prong, and former Megadeth guitarist Chris Poland. If you’re keen to attend, tickets for the gala are $35-$45 and can be pre-ordered at www.thehallofheavymetalhistory.org. Meanwhile, check out Steve Vai’s funk-rocking “Dark Matter” track, from 2018.

3. Meanwhile, the Rock and Roll Hall of Fame 2020 induction includes a vote to pick the top-five of the official Fan Ballot, until Jan. 10. There’s a push by Motorhead handlers to get fans of the punk-metal legends to vote them in. Other 2020 nominees include Judas Priest, Thin Lizzy, the MC5 and Soundgarden – “all incredible bands and all worthy entries into the Hall of Fame,” the band’s PR company says in a news release. “With any person allowed to vote once a day for up to five bands, MOTÖRHEAD figure it is VERY important that heavy music is represented properly by the Hall of Fame, and so Mikkey Dee shot a quick video one night to underscore the importance of supporting those respective nominees, as well as voting for MOTÖRHEAD. Remember, all for one and one for all!

4. As 2019 fades, it appears Ozzy Osbourne has some momentum heading into 2020. His Ordinary Man album is due out on Epic Records early in the new year, and he has a hit with the song “Under the Graveyard.” A new Jonas Akerlund-directed video for the track features actors Jack Kilmer (as Ozzy) and Jessica Barden (as Sharon Osbourne) in something of a semi-autobiographical clip. Set in the late 1970s, the mini-movie shows the couple in dark days when the Black Sabbath singer was trying to get his solo career going. “To be quite honest,” Ozzy says, “it’s hard for me to watch because it takes me back to some of the darkest times in my life. Thankfully Sharon was there to pick me up and believe in me. It was the first time she was there to fully support me and build me back up, but it certainly wasn’t the last.”

5. Some music fans will remember Aaron Chapman as a member of Vancouver-area bands The Real McKenzies and The Town Pants, but in recent years he’s become a civic historian. His latest book, published by Arsenal Pulp Press, chronicles “Vancouver After Dark: The Wild History of a City’s Nightlife,” and it’s a must-read for anyone interested in some good yarns about nightclub life of the past. I was particularly keen to dive into Chapman’s look back at The Town Pump, 86 Street Music Hall, the Starfish Room and other mid-90s haunts of my younger days, and the stories don’t disappoint. Great job, Chappy.  Need a reminder, check this out: Remembering Vancouver’s Lost Nightclubs

6. Does the world really need an 18-disc set covering the music of Pink Floyd’s later years – you know, from 1987 onward, with David Gilmour, Nick Mason and Richard Wright in the band but Roger Waters long gone? Well, here it is, and by far the most interesting aspect of the whole effort is that British studio Draw & Code has developed “a new immersive augmented reality experience” for fans to explore the new album covers featured in the box set, called Pink Floyd: The Later Years. At PFLaterYears.com on a mobile device, go ahead and personalize and recreate your own version within the real world, using 8th Wall’s webAR platform.

7. Hey look, Collective Soul is still alive and rocking. “Excited to share our new music video for ‘Over Me,’” the band said in a post on the website bandsintown.com. “Thank you for an amazing 25 years! This video captures some moments on the road this year. Cheers to the new year!” Check it out below.

8. Canadian country stud Chad Brownlee has announced the release of his upcoming “deluxe” album, Back In The Game, via Universal Music Canada, in an expansion of Brownlee’s previously released EP, with 4 brand new tracks. “Announcing that there is new music coming is similar to the feeling I got as a child when I knew Christmas was just around the corner!” Brownlee says. As a diehard Canucks fan, I always think of the Kelowna-raised Brownlee as the team’s sixth-round pick in the 2003 NHL Entry Draft, as a right-shot Dman, but that’s a story for a hockey blog I’ll write one day.

9. As a White Stripes fan, I’ve always kind of resisted the charms of The Black Keys because of, well, you know, the obvious “comparisons” one could draw between the two duos. However, my 14-year-old son became a fan (thanks to his older cousin), and so we got tickets to see The Black Keys at Vancouver’s Rogers Arena last month. I’m happy to report that Dan Auerbach and Patrick Carney, along with a trio of supporting musicians, were fun to watch and hear in concert, with all that bluesy, retro-fuzz guitar cranked in the mix and trippy visuals. Sadly, Modest Mouse opened with a mostly forgettable, occasionally horrible set of half-baked wank.

10. Finally, for this month, in mid-December Universal Music Canada announced a “countdown” (or make that a “count up”?) for Nirvana’s “Smells Like Teen Spirit” video to reach one billion views on YouTube, after first being posted there in June of 2009 – nearly two decades after the landmark song debuted. “This better get a billion views before 2020,” one guy demanded in the comments. And so, here it is, for another click closer to a cool billion.