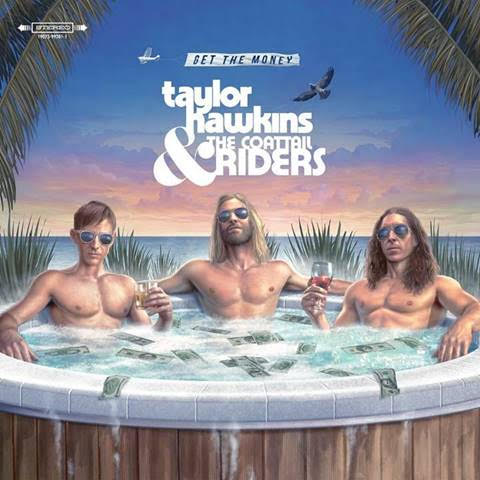 Some assorted news, thoughts and observations from the world of music, countdown style.

10. Gotta love Toque, the Canadian “super group” fronted by Todd Kerns, of Age of Electric/Slash fame. Word is the band will be the “house band” during the NHL’s Heritage Classic game at Regina’s Mosaic Stadium, where the Calgary Flames (boooo!) and Winnipeg Jets (meh) will play on Oct. 26. Check out the slick video for Toque’s latest song, “Never Enough for You”.

9. Not sure this qualifies as scientific research, but the peeps at ICMP (The Institute of Contemporary Music Performance) analysed Spotify data to list “the world’s favourite movie songs.” In top spot is Justin Timberlake’s “Can’t Stop the Feeling,” from the “Trolls” soundtrack. Really? Some real classics are further down the list, including Survivor’s “Eye of the Tiger” (from “Rocky III, at #6) and Eminem’s “8 Mile” classic “Love Yourself” (#3).

8. Hands up, who knew Taylor Hawkins was going to solo? Well, not exactly – but the Foo Fighters’ wild-man drummer is releasing an album with some other musicians, under the name of Taylor Hawkins & the Coattail Riders. Their “Get the Money” LP, due out Nov. 18 on Shanabelle/RCA, features 10 tracks, plenty of them recorded with some veeeeerrrry familiar names – Dave Grohl, Pat Smear, Duff McKagan, Nancy Wilson, Joe Walsh and Chrissie Hynde among them, plus actual Coattail Riders band members Chris Chaney, Brent Woods and John Lousteau. Sounds solid! First song out is called “Cross the Line.” Have a listen here:

7. Big congrats to winners of the 2019 Western Canadian Music Awards, where Vancouver’s Dan Mangan won four awards, including Rock Artist of the Year and Songwriter of the Year. Also, Mangan is among winners who received provincial funding through Amplify BC, along with Snotty Nose Rez Kids, I M U R, Five Alarm Funk, Vials and Warren Dean Flandez.  I love Mangan’s song “Troubled Mind” (and the quirky lyric video to the right!)

6. I really liked Ed Sheeran in “Yesterday,” the clever 2019 movie that saw a singer-songwriter reach superstardom by playing Beatles hits in a world that had never heard of the fab foursome. Go watch it – but take note, it’s more of a “date movie” than I thought. Now, Sheeran (aka “Teddy Fingers”) has released a spy-like video for his latest single, “South of the Border,” recorded with Camille Cabello and Cardi B.

5. I always cringe when I see a band use the word “Fuck” in its name. Like, talk about a career-limiting move. That’ll look good on a theatre marquee, eh? Anyhow, the band Holy Fuck has announced details about a new album, “Deleter,” for release in January. A video for the very synth-y song “Luxe” is already out there, so here it is:

4. Vancouver theatre company URP (formerly Uncle Randy Productions) is ready to rock audiences with a production of “American Idiot,” the award-winning musical based on the massive Green Day LP from the mid-2000s. Although the album was a response to the Bush administration in the years after 9/11, URP has updated the setting to reflect “today’s political situation.” Show dates are from Nov. 5 to 10 at North Vancouver’s Centennial Theatre, if you’re in the ‘hood. 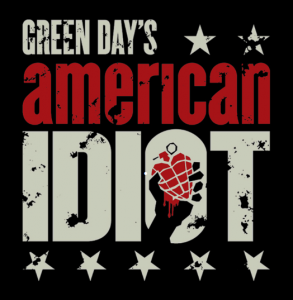 3. I’m still upset about the loss of Tom Petty, the greatest rock musician that Gainesville, Florida ever produced. He died two years ago this month, but thankfully we can still hear his great songs played live by Perfectly Petty, a band led by a Petty dead-ringer by the name of Dave Danylchuk. Look for the band on the road in B.C. this fall, in some Rock.It Boy Entertainment-presented shows, and go online to witness Perfectly Petty in action.

2. It’s been a busy year for the great Robbie Robertson, who was at Toronto International Film Festival for the launch of the doc movie “Once Were Brothers: Robbie Robertson and The Band,” and has a new album out called “Sinematic.” Of note is “Dead End Kid,” a song that recalls some of the obstacles and low expectations he faced as a youth. “When I was growing up in Toronto, I was telling people, ‘One of these days I’m going to make some music and go all over the world,’” Robertson said in a Universal Music Canada press release. “Everyone was like, that’s never going to happen. You’re a dead-end kid. Because my relatives were First Nation people and Jewish gangsters, it was assumed my dreams were going to explode. I found strength in overcoming that disbelief.” Yup, you sure did, Mr. Robertson. What a musical legacy.

1. I was never a huge country-music fan, but wow, Ken Burns did an amazing job with “Country Music,” the eight-episode, 17-hour marathon of a documentary series recently shown on the PBS network. What a history lesson! With detailed stories of The Carter Family, Bob Wills, Hank Williams, Johnny Cash, Tammy Wynette and all the other legends, it’s well worth the time. I didn’t want it to end. Here’s the trailer: