A Chat with Mike Demers about The Lonely and Roy Orbison 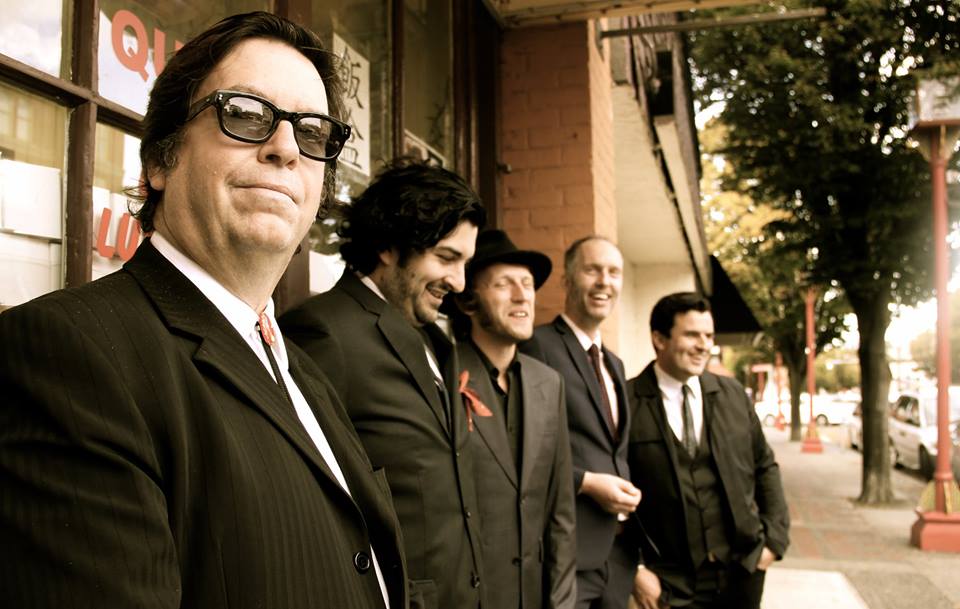 The only full-band Roy Orbison tribute in North America (to my knowledge) and arguably the best in the world, The Lonely have been playing sold-out shows across Canada since January 2015.  Curious and wanting to know more, I decided to have a talk with lead vocalist and huge Orbison fan, Mike Demers.

“There’s no pretense . . . At the end of the day . . . we’re not Roy Orbison.  We just love his stuff,” he says during our one-hour phone call as we discuss some incredible stories about Orbison’s life, the continued popularity of Orbison’s music, the factors that led to the creation of The Lonely and what Demers has come to understand about the man behind it all. 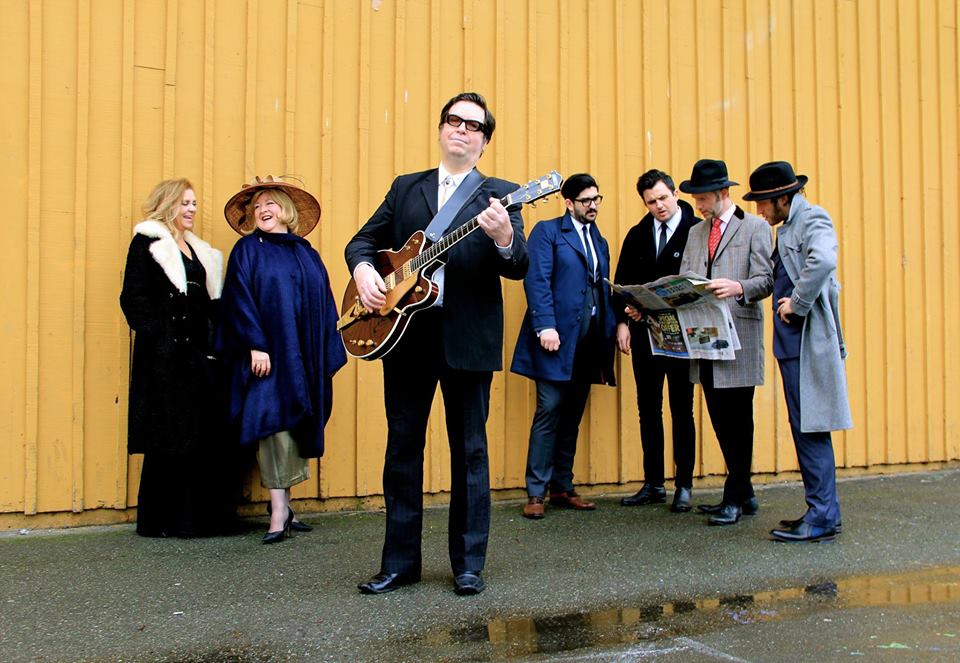 Under the Rock Girl: You’ve been a musician since the late 70’s when you started out in a New Wave band out of Edmonton, Alberta.  I’m interested how you end up playing in a Roy Orbison tribute?

Mike Demers: It was about seven years ago and I got a house gig on Salt Spring Island . . . And I’m wearing sunglasses and people start calling out ‘Roy!’ I’m going what? Like, I don’t sit around and I’m sure you don’t either and wonder who do I look like?

I laugh.  Demers explains that this really caught him off-guard because at the time, he was a child of New Wave.  He continues to explain how over the next few years, he would continue to encounter Orbison’s music.

Mike Demers: I’m playing “Handle with Care” in a wedding band and I’m singing the Roy part and it feels okay.  But, I’m never thinking anything.

Demers continues to tell me how he was eventually hired to perform as a back-up singer and guitar player for a New Year’s Eve gig which included four Roy Orbison songs.

Mike Demers: The day before New Year’s, the lead singer calls me up and tells me “I’ve got laryngitis, you’ve got to sing all this stuff!”

So he did and after a successful night, Demers began to include Orbison material in all of his performances

Mike Demers: Without knowing it, I was market-testing a Roy Orbison show!

Under the Rock Girl: I love that! So have you always been a Roy fan?

Mike Demers: The Black and White show (PBS special) is where I first really caught wind of Orbison. I was 30 at the time.  I was into New Wave and other stuff . . . I was watching that because I’m an Elvis Costello and Bruce Springsteen fan, and they’re part of the special . . . So, [Orbison] pulls this special together and, it’s wonderful.

Under the Rock Girl: So how did The Lonely come to be?

Mike Demers: [I met] a local woman who was June Carter in a show and [I asked her] how does that work? So in September of 2014, I cold-called a theatre.  I walked in and said “I don’t have a band, you don’t know me, would you let us book a Roy Orbison Tribute? And [the manager] said sure.  So, we put a band together with guys that had been playing with [my business partner] Benji who I’d known . . . Our first show was January 31, 2015 . . . we sold out on January the 10th! 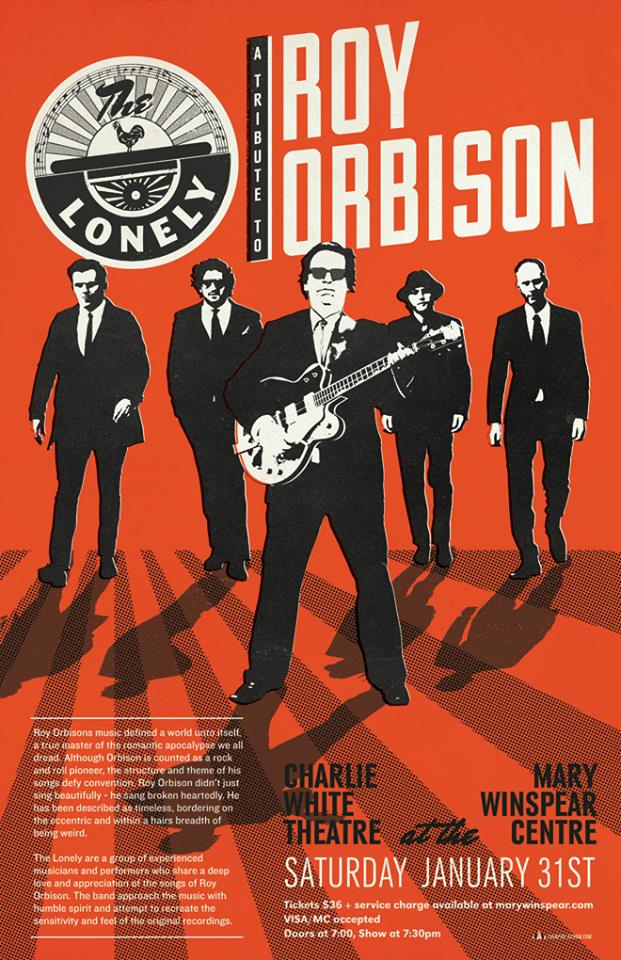 Under the Rock Girl: Let’s talk about your audience a bit.  I’ve been impressed by the diversity.  You play to a wide range of ages, including a younger audience I didn’t quite expect.  Do you have any idea why that is?

Mike Demers: I would describe the younger audience as a boutique market. When I was at a club, just hanging out in East Vancouver . . . and talking to people about Orbison, I was reminded that for many of them, unless their parents were consummate Orbison fans (there’s a few of those), for the most part, for people in their 30’s, their connection is through the Wilburys, through the late ’80s stuff and through a few of the hits.

Demers gives me another example.

Mike Demers: My son is 19.  He [thanks to the internet] discovered Orbison himself.  He loves it! The resonance Orbison had in the early 60’s – it’s the same now because it’s an emotional connection.  It’s about isolation, and heartbreak…you know, that doesn’t change.

Under the Rock Girl: You also mention Orbison’s existing fans who likely first heard him during the 60’s…

Mike Demers: They love Orbison.  For many people, it’s not just that he’s one of several artists…he is the artist.

Under the Rock Girl: Since your first show, The Lonely continues to play sold-out show after sold out show.  Do you have any ideas behind your popularity?

Mike Demers: [Orbison’s] song-writing is brilliant . . . It’s astounding how universal his appeal is.

Mike Demers: One of the things that people really comment on is that after the show, we go out and talk to people, we shake hands.  I say to people, “Hey, we’re going to be out front and we want to hear your stories about Orbison.”  So you can imagine the stories I hear! People that saw him, people that knew him.

Under the Rock Girl: That’s so cool! Are there any stories that stand out for you?

Demers shares a few stories but this is the one that really stands out to me.

Mike Demers: I had a fellow tell me he had grown up behind the iron curtain (in the early 60’s), where it was illegal to listen to Orbison or Rock and Roll.  And he said to me, “Hey, you just gave me the concert I could never have had.”

Under the Rock Girl: Wow! That is pretty incredible! Is there anything in particular you would say that you admire most about Orbison?

Mike Demers: There’s a lot of focus on his voice, which is amazing, but for me, and for the rest of us in the band, it’s his song writing that’s astounding . . . . This is a fellow who worked his tunes.  All of his tunes, from a songwriter point of view, are exceptionally well-crafted.  He does all kinds of things within the structure of his music, which gets talked about, which is unusual, unconventional but very effective.  The thing I really admire about him is that he wrote the structure of the song to suit the story, not the other way around.  I marvel at is his craftsmanship as a writer.  I mean he had a natural voice, which was very powerful and huge range, but for me, I don’t sing his voice….I sing his songs.

For example, he talks about Orbison’s hit, Walk On.

Mike Demers: What’s it about? It’s about seeing that love that you had.  It breaks your heart . . . And you just keep going, you just walk on.  And I know that everyone in the audience is thinking about that lost love . . . that’s very emotional for all of us. . . . So, rather than just the music moving people, it’s, first of all, the nostalgia, but it’s also those sentiments.  Those experiences are ongoing and current.  Those things don’t change.  Heartache doesn’t change.  Heartache’s no different now . . . than it was before.

Under the Rock Girl: So what’s in it for you personally, as an artist?

Mike Demers: At the end of the day, it’s connection, and I get to go on stage and use his songs to connect with people.  It’s amazing.

Under the Rock Girl: Do you have a favorite song of Orbsion’s that you love playing live?

Mike Demers: Pretty Woman is always a blast! That was by far and away his biggest hit.   Although he had other hits, and he had many, Pretty Women is right at the top.  It’s always really exciting to finally get to it because everyone knows you’re gonna get to it and they’re anticipating it . . . There was a tune that was released in the shadow of a big hit…a song called (Say) You’re My Girl, which takes place in the early 60’s.  I love that tune.  It’s brilliant! So, I’d say for myself, (Say) You’re My Girl  is probably my favorite!

Under the Rock Girl: You’ve mentioned the amount of energy needed for each show.  How do you all prepare ? Is there anything special that you do?

Mike Demers: We have a ritual.  We stand in a circle and scream like maniacs!  I don’t know how we got into that but yeah, that’s the last thing we do before we go one stage.

Under the Rock Girl:  In playing Orbison’s music, what have you come to understand about him as a person or about his message?

Under the Rock Girl: So what’s next for The Lonely?

Mike Demers: A tour is being set up for Eastern Canada, I don’t have the details yet. . . We’d also love to get down to the US soon.

Under the Rock Girl: In talking with you, I can hear how passionate you and The Lonely are about the music and what you do.  Honestly, I get the feeling that you all are fans first.

Mike Demers: At the end of the day, people want to be entertained but also want to get away from the world.  And Orbison is a master at that.  When I’m singing ‘Crying’, I’m on that corner.  That heartbreak woman is touching my hand.  I’m falling to pieces as she walks away and so is everybody else.  I didn’t write that.  I may sing it, we may play it, but I didn’t write that. And that’s for me where the brilliance of Roy Orbison is.  I’ve become a huge fan.  I mean I knew his stuff and liked it, but, watching it work, every night without fail is astounding.  It’s quite an experience.  It’s a blessing.  It really is.  I feel blessed. 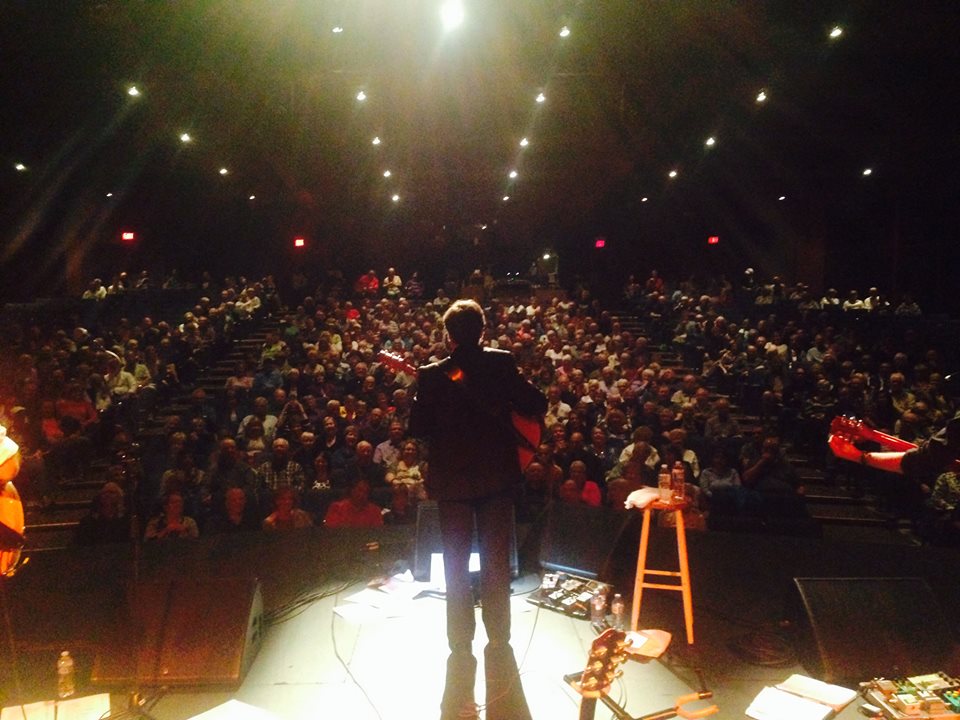 Thank you again to Mike Demers for a delightful conversation! You can catch The Lonely live near you.  Keep up with their upcoming performances by checking here at Rock.It Boy or at their website at TheLonely.ca.

Here is a sample of some of the songs in the Lonely’s current set list.

*Photo Credits: Photos by Kasia Waissmann-Coey for The Lonely