FOR THE LOVE OF MUSIC…….AND FOOD 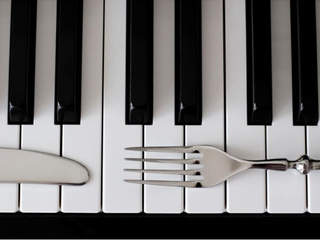 We all Love Music and no doubt that we all love Food. As far as I’m concerned, I couldn’t live without either of them….and what better than combining the two together?  So…. I’ve compiled 4 restaurants owned by different musicians located in various places in the USA for you to read about.  These are on my bucket list as I haven’t had the chance to visit them yet. How about you? We’d love to hear your reviews.

One of a kind , JBJ’s Soul Kitchen is located on Monmouth Street in New Jersey . With no prices, the healthy and when possible, organic dishes are given in exchange for donation or volunteer work for those who could not otherwise pay for their family’s meal. Proceeds are donated to the Jon Bon Jovi Soul Foundation to combat hunger and homelessness and provide safe and affordable housing options for those in need.

Classic Mac & Cheese, Chicken & Waffles and Sautéed Jumbo Shrimp with Cheese Grits are just a few choices from this entrée section of the menu. Followed by Grandma Sadie’s Famous Bourbon Pecan Pie and ‘Mason Dixon’ Red Velvet cake on the dessert list. Co-creator Justin Timberlake and friends came up with this concept of bringing southern hospitality to New York via restaurant and bar. Recently, the first franchise location was opened in Denver, Colorado

With their flagship restaurant opening in El Segundo, California in  2012, and their first international location in Los Cabos, Mexico in March of this year, Rock and Brews has become popular, if not famous for their selection of 80 Craft beers and rock music to entertain diners all night long.  With names on the menu such as The Backstage Burger, Freebird Chicken Sandwich and The Yellow Submarine coupled with their plans to open an additional 100 locations in the next five years, this is one place I can’t wait to visit, in any city.

If I could have my way, I’d choose something along the lines of a Rolling Stones themed restaraunt. With authentic english breakfast plates served in an old San Fransisco cable car turned diner ……. but thats just me. ; ) What musical themed restaurant would you like to see happen??