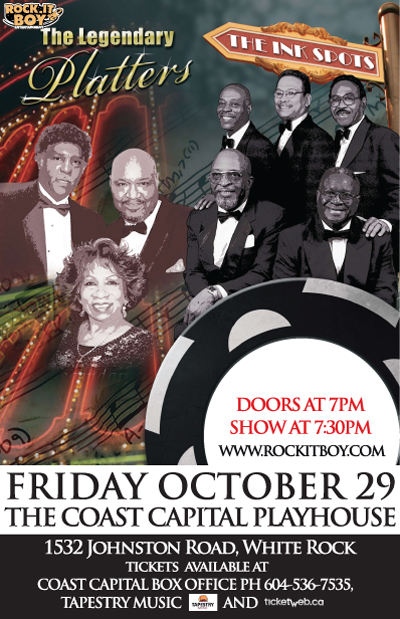 BACK BY POPULAR DEMAND!

Advance tickets are $52.50 (plus Facility Fee and Service Charges)  at The Coast Capital Box Office, Tapestry Music in White Rock or online at Ticketweb.ca