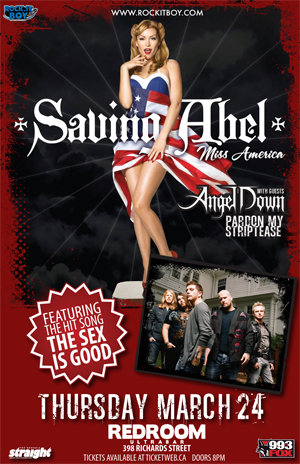 SAVING ABEL with ANGEL DOWN and PARDON MY STRIPTEASE

The Sex is Good at The Red Room!

ANGEL DOWN AND PARDON MY STRIPTEASE ADDED TO LINEUP