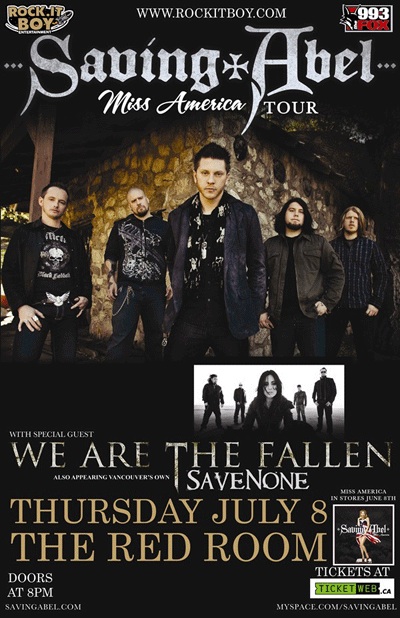 SAVING ABEL with WE ARE THE FALLEN and SAVE NONE

We Are The Fallen, Save None

SAVING ABEL with WE ARE THE FALLEN, SAVENONE

Tickets on sale $28 (plus Service Charges) at Ticketweb.ca