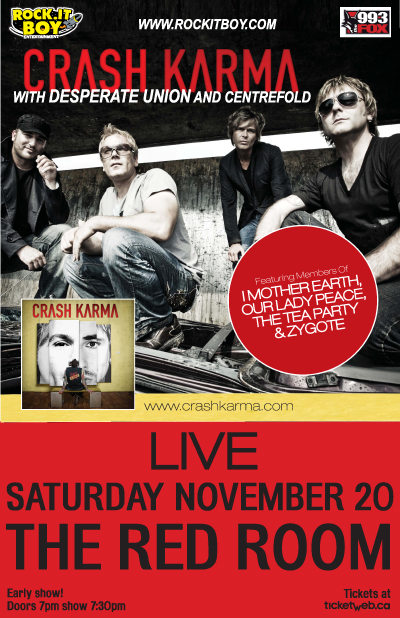 ROCK OUT WITH THE FOX!

Tickets on sale $18.00 (plus Service Charges) at Ticketweb.ca