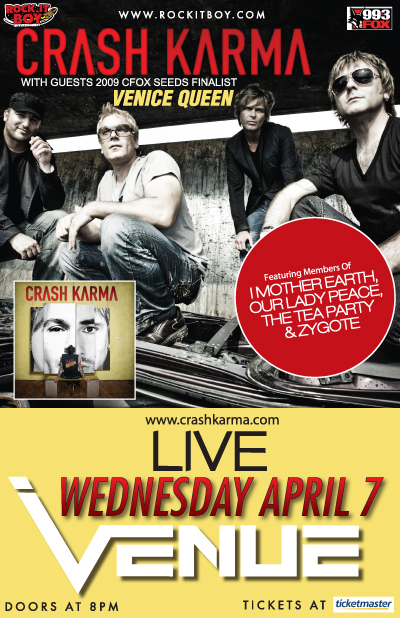 I MOTHER EARTH, OUR LADY PEACE,THE TEA PARTY and ZYGOTE

Tickets go on sale February 13th – $18 (plus Service Charges) at all Ticketmaster outlets.