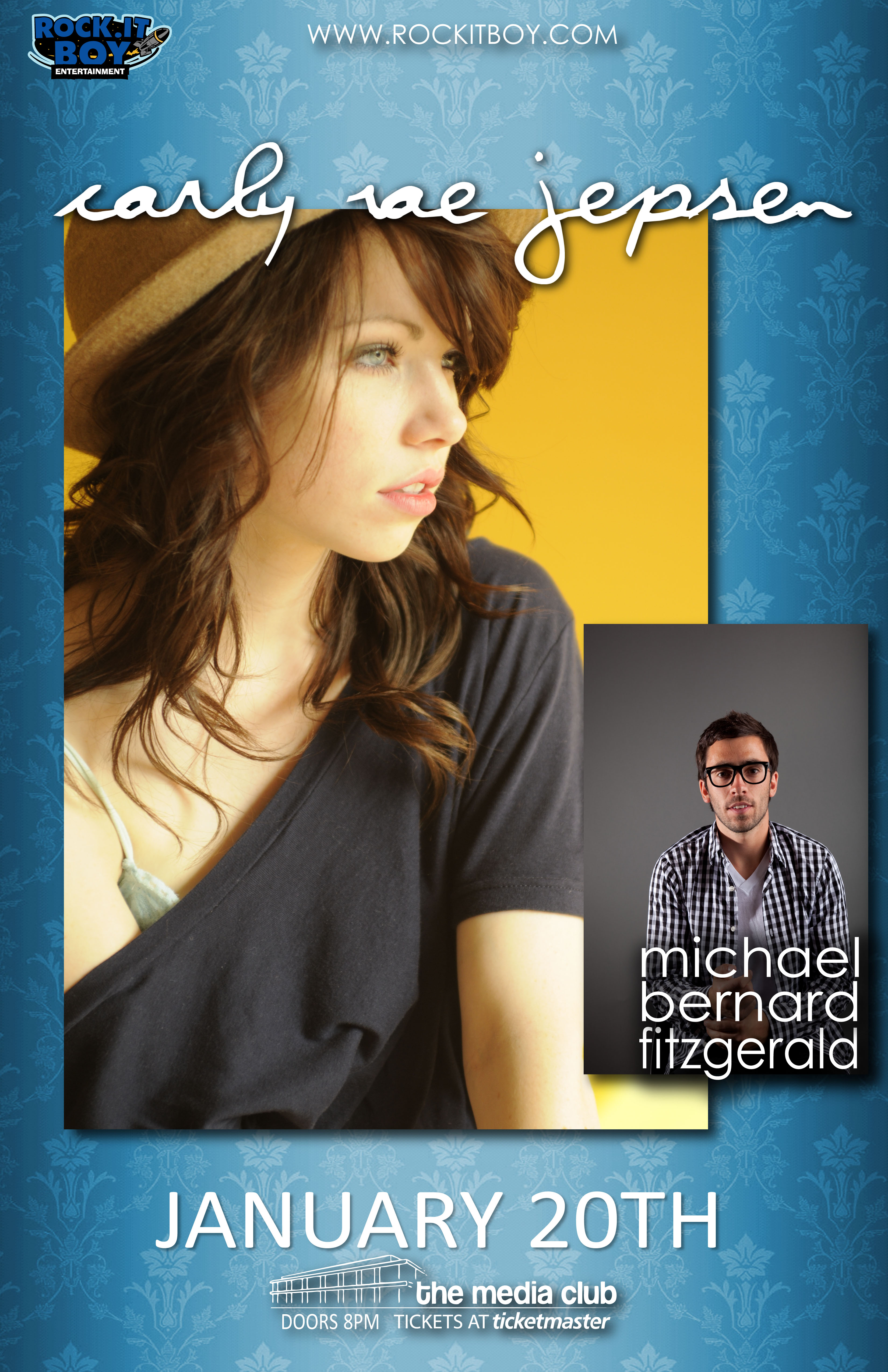 In concert Wednesday, January 20th at The Media Club in Vancouver

Tickets on sale –  $15 (plus Service Charges) at all Ticketmaster outlets.

Not so long ago, before she hit it big on television, and before she toured the country with great rock bands, a young woman from Mission came to the city and persuaded the manager of The Media Club to hire her as  a bartender by bringing her guitar and singing him a song. Rock.It Boy Entertainment is proud to present The Media Club’s own ex-bartender CARLY RAE JEPSEN in concert on Wednesday, January 20th in The Media Club on Cambie Street in Vancouver.  Tickets are on sale at all Ticketmaster outlets for $15 (plus Service Charges) CARLY RAE JEPSEN is one determined young woman. She knows what she wants and steadfastly makes it happen. Perhaps that is why Tug of War is the name of her 2008 debut album released by Fontana/MapleMusic. She is always having to fight against the temptation to take the easy road, the less challenging path, and keep her vision true. CARLY RAE JEPSEN recently released “Sour Candy” the fourth single and video from Tug of War, which features a duet with Josh Ramsay of Marianas Trench with whom she has just finished a national tour.  The first single was “Sunshine On My Shoulders,” written by John Denver and the only cover song on the album, and was followed by “Tug of War” and “Bucket” which both charted in the Canadian Top 100. That’s a pretty good record for a girl who, just a few years ago, got famous on the 2007 Canadian Idol television show doing cover songs ranging from Rickie Lee Jones to Queen to Ray Charles. She might not have won but she attracted a lot of attention for her live performances on the Top Three national tour that followed the contest. Then she puts out an album with nine self-written songs and it’s discovered that her song writing skills are as good as her singing, because now the inner and outer voices are connected.  And now she can get on stage and do what she does best; Entertain. Rock.It Boy Entertainment  presents CARLY RAE JEPSEN in concert on Wednesday, January 20th at The Media Club located at 695 Cambie Street in Vancouver (Ph 604-608-2871).  Tickets are on sale at all Ticketmaster outlets for $15 (plus Service Charges) or online at www.ticketmaster.ca or Charge-by-Phone at 604-280-4444 and $20 at the Door. Doors open at 8:00PM.