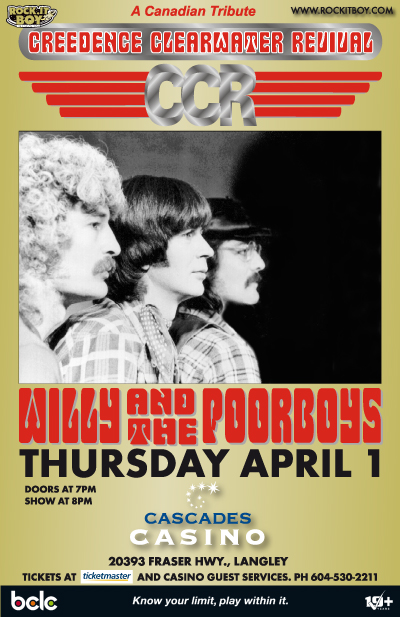 WILLY AND THE POORBOYS

Willy And The Poorboys – A Tribute to CCR Links

WILLY AND THE POOR BOYS

Tickets $22.50 (plus Facility Fee and Service Charges) from Casino Guest Services and all Ticketmaster outlets