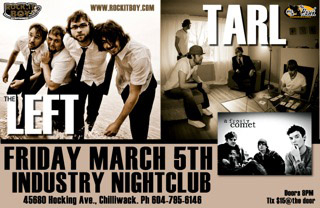 TARL with THE LEFT and A FROSTY COMET

The Left, A Frosty Comet

TARL with THE LEFT and A FROSTY COMET