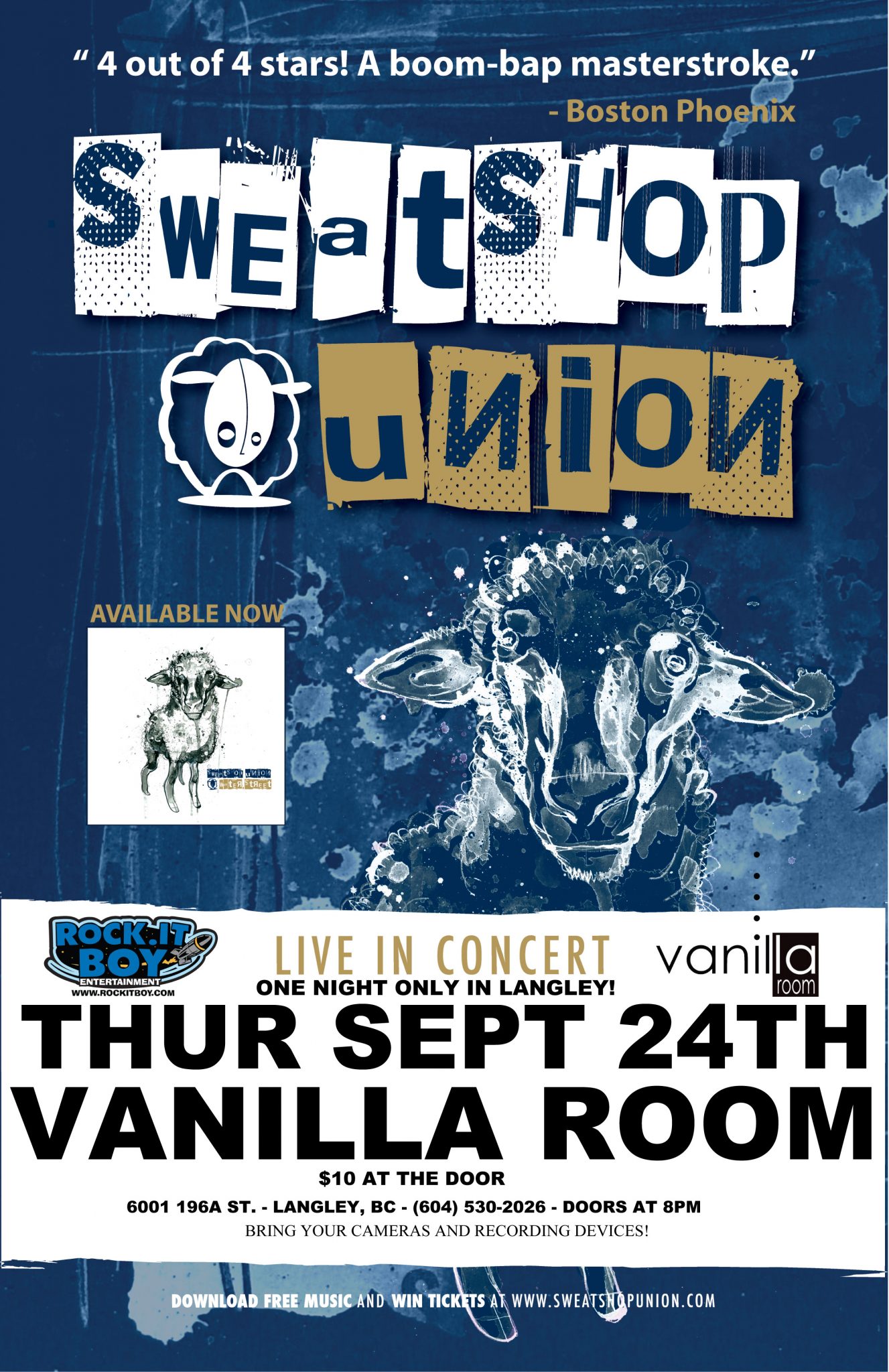 One great night of hip hop!

Talented, socially-aware and immensely entertaining, Vancouver’s SWEATSHOP UNION brings its hip hop tour to Langley on Thursday, September 24th at The Vanilla Room on 196A Street. Tickets are only $10 at the door! Doors open at 8PM.

SWEATSHOP UNION got it’s start in 2000 when four different Lower Mainland rap acts decided to work together on some politically-charged hip hop music. The crew, made up of Kyprios, Dirty Circus, Pigeon Hole, and Innocent Bystanders, released their debut album Local 604 on Battleaxe Records in 2002. That disc led to three music videos and tours across Canada as the support acts for Jurassic 5 and Blackalicious, as well as with label-mates Swollen Members and Abstract Rude.

The next album, Natural Progression which was released in 2004, earned SWEATSHOP UNION nominations for a Juno Award, a Much Music Video Award and several Canadian Radio Music Awards, plus a tour with the Black Eyed Peas.  In 2005 SWEATSHOP UNION release United We Fall which earned them more award nominations plus helped to break them in the United States. Since then the crew has played over 100 live shows each year, a pace they have no intention of letting up.

The crew has since released its 4th album Water Street and is supporting the disc with another busy tour taking them across the country and down into the US for a number of concert dates. The Langley event at The Vanilla Room will feature SWEATSHOP UNION`s outstanding live show and hip hop music that drives a deeper and more meaningful sound into the conscience of the masses.

Rock.It Boy Entertainment presents SWEATSHOP UNION in concert for one night only on Thursday, September 24th at The Vanilla Room, 6001 – 196A Street in Langley. Tickets are only $10 at the door. Doors open at 8PM.