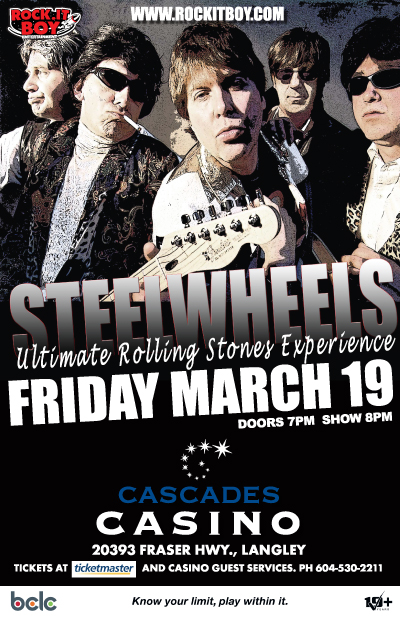 Tickets $22.50 (plus Facility Fee and Service Charges) from Casino Guest Services and all Ticketmaster outlets