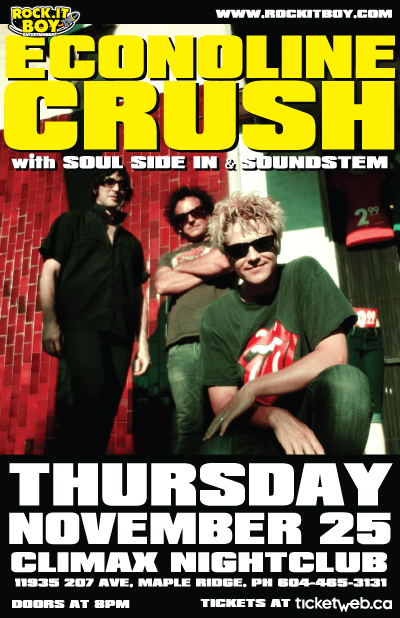 ECONOLINE CRUSH WITH SOUL SIDE IN AND SOUNDSTEM

Plus SOULSIDE IN and SOUNDSTEM