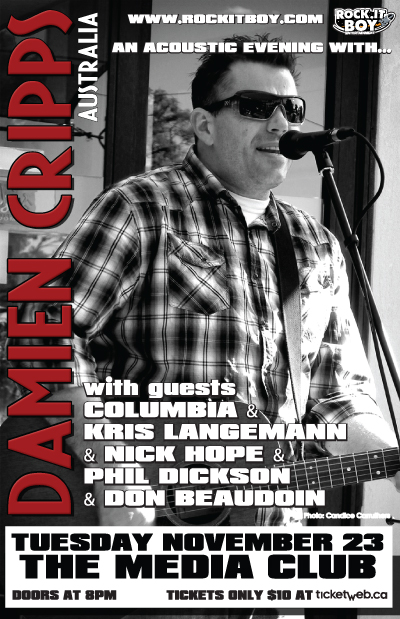 The Media Club
695 Cambie Street
Vancouver, BC
Get Directions

An Acoustic Evening with Australia’s

In concert Tuesday, November 23rd at The Media Club in Vancouver

Advance Tickets on sale for only  $10 at all Ticketweb.ca