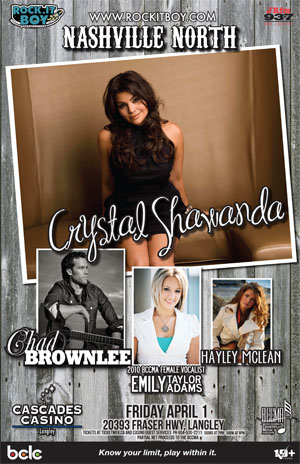 A FUNDRAISER FOR THE BCCMA

Tickets $40.00 (plus Facility Fee and Service Charges) at Ticketweb.ca and Casino Guest Services