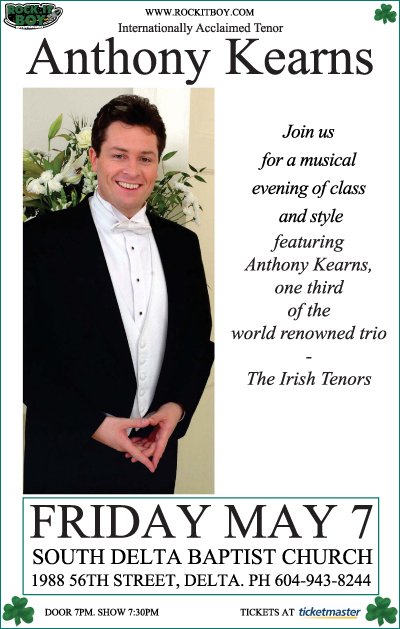 Friday, May 7th at the South Delta Baptist Church