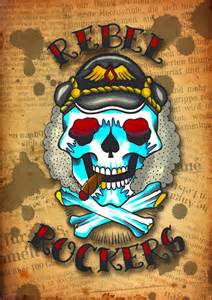 It seems, in some cases, that being a famous musician and spending time in handcuffs go hand in hand. For some of these Rock Stars,  run-ins with the law were a common occurrence. For others, it seems they learned their lesson the first (or second) time. Either way, when a rockstar gets in trouble, the whole world knows about it. Check out these 5 mugshots and the stories behind them.

Kid Rock was arrested in 2007 after trashing an Atlanta Waffle House and fighting with another man who was dining at the time. He ended up paying $40,000 in damages.  This photo clearly shows what police claim, that he was drunk at the time of his arrest.

Ozzy ended up behind bars in 1984 after he was caught urinating on The Alamo while extremely inebriated and wearing his wife’s dress. This was definitely the last stand at the Alamo for Ozzy. He was banned from returning to the Alamo & the entire city of San Antonio for 10 years.

In mid-October 1978, the bassist of Sex Pistols allegedly woke up to find his girlfriend dead on the bathroom floor, and was not able to remember anything from the night before or how she died. Although he was arrested on murder charges, Sid died of a heroin overdose in early 1979, before the trial was concluded. Various rumours circulated around his passing, one claiming that it was the bassist’s mother who injected him with the fatal heroin dose. These claims have never been verified.

Before Kurt was famous, back in 1986,  he was arrested in his home town of Aberdeen for trespassing on the roof of a local abandoned building at 19 years old. There is not much more information on this event as it happened before Kurt was in the limelight. I did find this mugshot from arrest though.

In 2001, during Marilyn Manson’s performance in Michigan, while dressed in pantyhose & a thong, a security guard who was working the concert, was standing in front of the stage when Manson decided to “gyrate and rub his genitals” against the guard’s head.  Embarrassed and humiliated,  Joshua Keasler had Manson arrested soon after and then took him to court, suing for an undisclosed amount in damages.

Do you know of  other famous Rock Stars that have broken the law? Share with us below!