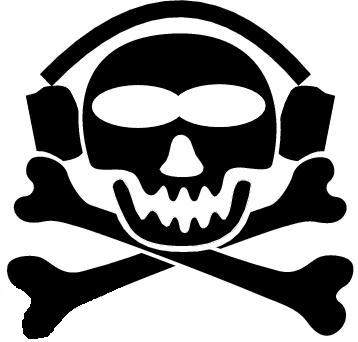 By Under The Rock Girl

The music industry has been hard hit since 1999 when sales began to plummet. 2009 sales were less than sales in 1973. Ouch. The music industry blames this decline largely on Napster and subsequent sites that allowed for illegal downloading of music over the internet. However, global recorded music revenues in 2012 increased for the first time since 1999, up 0.3% to $16.5 billion. Of that total, $5.6 billion was a direct result of digital downloads purchased on platforms such as iTunes or streaming generated revenue from services like Spotify.

To give you an idea of the difference in sales, in the mid-90s, the music industry was pulling in revenues close to $30 billion. Ouch.

Again, the industry blames piracy for the dramatic decline in revenue and says that the increase of revenue can be allotted to a decrease in piracy.

To prove their point, a study shows that in 2012, the same year the industry saw growth in revenue, 1 in 10 Americans “illegally downloaded” music versus 1 in 5 in 2005.

In addition to less piracy, it appears people who illegally download music are also more likely to actually “purchase” music and more of it.

The music industry remains firm in its stance on how illegal downloading has caused the demise of its sales. However, there are those who disagree. Some people wonder if the quality of music itself has declined. Also, the internet has allowed artists to self-promote – are those sales included in industry revenue models?

I remember watching “The Other F Word”, a documentary by filmmaker Andrea Blaugrund Nevins. The film explores the life of aging punk rock musicians as they venture into fatherhood. It also puts a spotlight on the fact that musicians have to tour more and play more live shows these days to make money because the money isn’t coming from music sales. An interesting point and a good movie that I recommend you watch, especially if you like punk rock music and even more especially if you love the band Pennywise.

So the music industry revenues have been down and are slowly climbing back up. Musicians need to tour more to make money. While I agree that illegal downloads obviously take money away from the artist and/or the label, I wonder if there is more to this.

For instance, let’s backtrack a couple decades to when making mix tapes was cool. Every time you recorded a song off the radio or someone else’s album or even your own, and gave the tape away, you were taking money away from the artist. How is illegal downloading any different? Is it more accessible? Is it because there are more people doing it? Or have, in addition to “stealing music”, people’s listening habits been allowed to change because now, if you do make a music purchase online, you do not have to pay for the whole album; rather, you can get away by purchasing one song?

Check out this graph to further my point:

See what I mean? It is a complex and interesting phenomenon.

So what do you think? What had caused the decline in music sales since the 90s? Do you think revenues will rise? Thoughts?

Regardless of what is going on with industry revenues, Rock.It Boy Entertainment would like to remind you to support your favorite artists in whatever way possible! Buy their music, go to their live shows, buy their merchandise and share their social media.