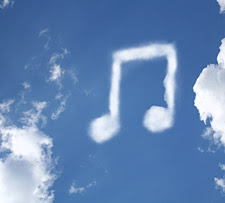 We lost some great ones last year. Without these 5 musical geniuses, the music world would have been a much different place.  I imagine they are playing at the great concert in the sky with all the past greats that went before them. Although there were many great musicians that passed last year, I’ve chosen 5 of my favourites. Rest in Paradise and we Thank you for sharing your talent with us. It will live on for many years to come.

Joe Cocker was an English rock and blues singer and musician who came to popularity in the 1960s. Born as John Robert Cocker, He was known for his gritty voice, spasmodic body movement in performance, and covers of popular songs, particularly those of  The Beatles. His cover of The Beatles’ “With a Little Help From My Friends” reached number one in the UK in 1968. He performed the song live at Woodstock in 1969. Joe battled lung cancer the last few years of his life and it was that that ultimately led to his death in 2014.

An American folk singer and activist and a fixture on nationwide radio in the 1940s. Seeger was one of the folksingers most responsible for popularizing the spiritual “We Shall Overcome” (also recorded by Joan Baez and many other singer-activists) that became the acknowledged anthem of the 1960s American Civil rights movement. Pete who was born Peter Seeger, was one of the earliest backers of Bob Dylan. He died at NewYork-Presbyterian Hospital,on January 27, 2014, at the age of 94.

Johnny Winter, born John Dawson Winter III, was born in Beaumont, Texas along with his musician brother Edgar (born 1946), were nurtured at an early age by their parents in musical pursuits. Johnny and his brother, both of whom were born with albinism, began performing at an early age.  He was best known for his high-energy blues-rock albums and live performances in the late 1960s and 1970s, Winter also produced three Grammy award winning albums for blues singer and guitarist Muddy Waters.  He was found dead in his hotel room two days after his last performance in Zurich, Switzerland at the age of 70. The cause of Winter’s death is not yet clear and may never be released to the public.

Thomas Erdelyi better known by his stage name Tommy Ramone, was a record producer and musician born in Budapest, Hungary.  He was the drummer for the Ramones for the first four years of the band’s existence.  Tommy was supposed to be the manager, but ended up as the band’s drummer when Joey Ramone became the lead singer “Tommy Ramone, who was managing us, finally had to sit down behind the drums, because nobody else wanted to,” Dee Dee Ramone recalled. His final show as a Ramones drummer was at Johnny Blitz benefit event at CBGB’s in New York, USA on May 4, 1978. Sadly, Tommy died at his home in Queens, New York at age 65. He had received hospice care following unsuccessful treatment for bile duct cancer.

Phillip “Phil” Everly, born in Chicago, Illinois was half of The Everly Brothers, with his brother Don who were American country-influenced rock and roll singers, known for steel string guitar and harmony singing. The Everly Brothers had 35 Billboard Top-100 singles, 26 in the top 40. They hold the record for the most Top-100 singles by any duo. The brothers were elected to the Rock and Roll Hall of Fame in 1986 and the Country Music Hall Of Fame in 2001.  Phil Everly died at Providence Saint Joseph medical centre in Burbank, California just 16 days before his 75th birthday. The cause was complications from lung disease, brought on by a lifetime of smoking.